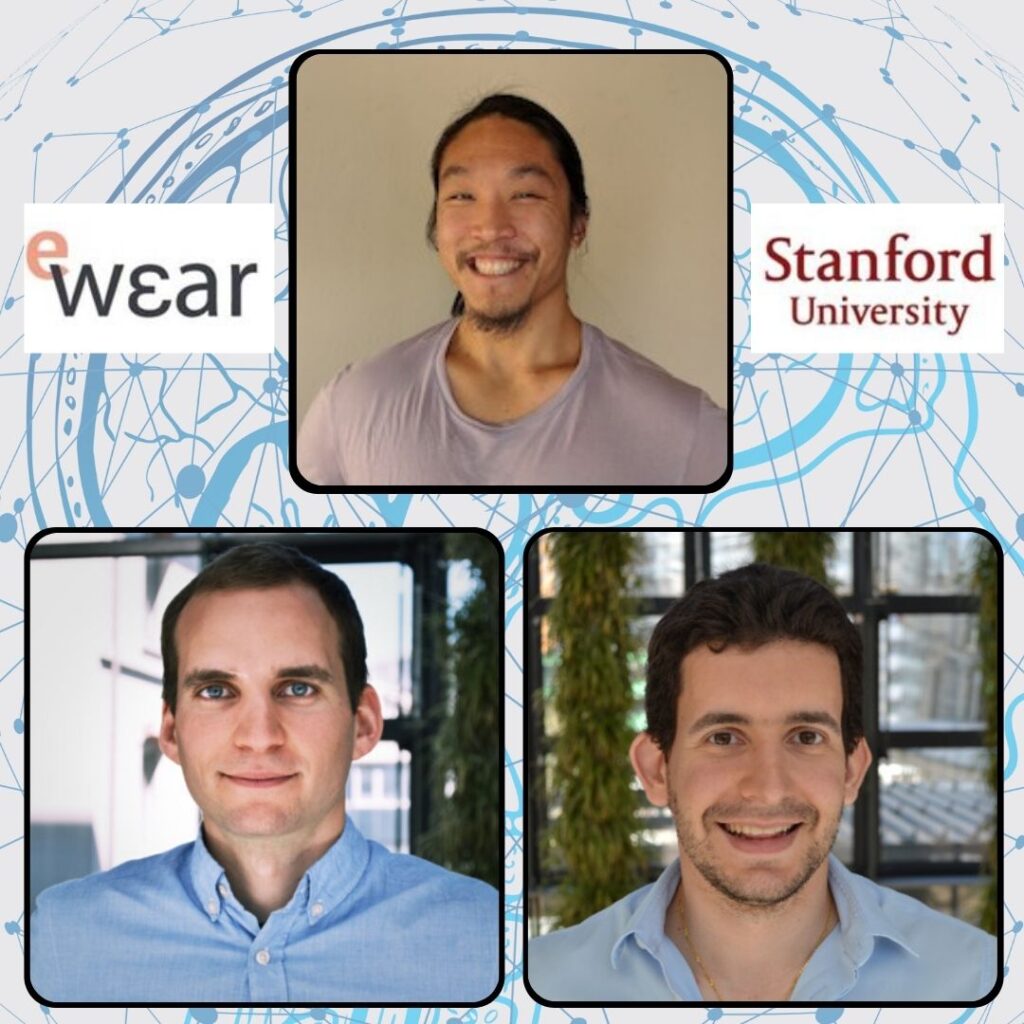 Speakers:
Christopher Sutardja
11:00 am to 11:30 am
“Portable Thermoacoustic Imaging for Biometric Authentication and Diagnostics using a Multi-Watt 4.9 GHz Power Amplifier in 55nm BiCMOS”

Nicolas Vachicouras & Ludovic Serex
11:30 am to 12:00 pm
“Soft Implantable Electrodes to Interface with the Brain”

Handheld microwave thermoacoustic imaging (TA) can be used to image subcutaneous vasculature for biometric authentication and to monitor blood-vessel health, but the system requires a compact silicon microwave power amplifier (PA) with peak output power on the order of 10 W to be portable, affordable, and ubiquitous. This work presents a 55nm BiCMOS 4.9 GHz PA with 37.3 dBm peak output power that operates at a pulse width of 50 ns – 2 μs for a duty cycle of 0.025 – 1%. The PA serves as the transmitter in a microwave TA system, which generates the first known TA images of tissue phantoms using a compact transmitter built on a silicon substrate with deep sub-micron CMOS capabilities.

Ludovic Serex graduated with a MSc in Microengineering from EPFL in 2014. He then started a PhD in Microelectronics at EPFL, where he focused on the development of microfluidic based dispensing tool for 3D bioprinting applications. During his PhD, Ludovic was also working as a consultant at CERN for the development of microfluidic based particle detectors. After graduating in 2019, Ludovic co-founded Neurosoft Bioelectronics, where he acts as COO and manufacturing manager. In addition to setting up a medical grade manufacturing line for the production of neural implants, he was actively involved in establishing a Quality management system and has been managing regulatory affairs.
Abstract

Neural implants aim at restoring lost or impaired functions of the nervous system by electrical stimulation or recording of the brain. Current neural implants suffer from a mechanical mismatch compared to the soft host tissue, as they constrain mechanically the physiological motion of the central nervous system. This mismatch causes poor electrode-tissue contact, leading to unspecific stimulation or recording, as well as chronic scarring. At Neurosoft Bioelectronics, we overcome these fundamental limitations by developing soft neural electrodes, using more compliant materials, that seamlessly interface with the brain, promoting the long-term bio-integration of the devices and reducing surgical risks.

Nicolas Vachicouras graduated with a MSc in Microengineering from EPFL in 2014. He then started a PhD in Microelectronics at EPFL, where he focused on developing soft neural interfaces at the Laboratory of Prof. Lacour. During his PhD, Nicolas also worked as an R&D consultant for Aleva Neurotherapeutics, a neuromodulation start-up. After graduating in 2019, Nicolas co-founded Neurosoft Bioelectronics, where he acts as CEO and Quality Affairs Manager. In addition to raising close to $5M in non-dilutive funding, he was actively involved in establishing a medical grade manufacturing line for the production of neural implants and has been managing regulatory/clinical affairs.