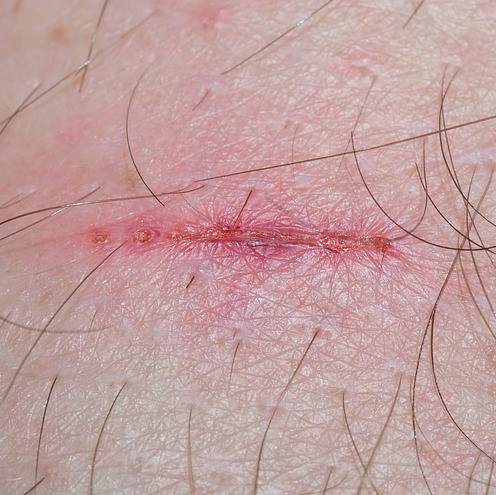 Congratulations to the winner of the “People’s Choice” award for best poster at the 2019 eWEAR Symposium.

Background: Burns have important functional and psychosocial implications for patients. Decades of wound healing research have demonstrated a critical window within the first 24 hours after wounding during which there is a “switch” from scarless wound healing to scarring. Recently, cell-based therapies have been pro-posed as an option for improving healing and reducing scar formation in burn wounds. Here, we identify an optimal stem cell population to stimulate angiogene-sis, modulate inflammation and improve wound healing. We then optimize a delivery platform for the identified stem cell population and test the efficacy in a murine contact burn model.

Methods: Commercially-available and primarily isolated stem and progenitor cell populations were evaluated at a single cell level to determine which of the cells most closely resembled a fetal gene expression signature. Microfluidic single-cell qPCR and advanced bioinformatics was used to identify a potent subpopulation adipose-derived stromal cells (ASCs) that is found in both human and murine samples (CD26+/CD55+). Next, a hydrogel microenvironment was optimized for the identified ASC subpopulation. Finally, the cell-hydrogel combination was validated in a pre-clinical setting.

Conclusion: The Gurtner laboratory has developed an ASC-hydrogel therapy for treating burns, with demonstrated pro-angiogenic, fibromodulatory and immuno-modulatory effects. Further work is being done to validate the cell-hydrogel combination in a pre-clinical setting.